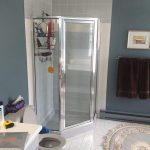 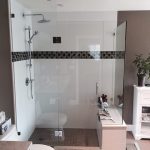 In discussing the project with the Freihlick family, we found they has a broken Jacuzzi tub, which was something that they just never used. There was also an issue with a leaking shower, where water was seeping through the wall tile, as well as the shower base. And one of the biggest issues was the bathroom was so very cold, especially in the winter months.

After much consultation, the solution was something that excited the Freihlick’s, and the end result was greeted with even more applause. We installed a complete heated floor system, then supplied and installed a large two-person acrylic bathtub, then installed a deluxe glass shower with bench seating. Problem solved with this wonderful, warm and esthetically pleasing new bathroom space.

TOTL Building & Design Ltd. is a privately owned and operated company serving the Vancouver and Lower Mainland since 1999.

How to Leave a Review